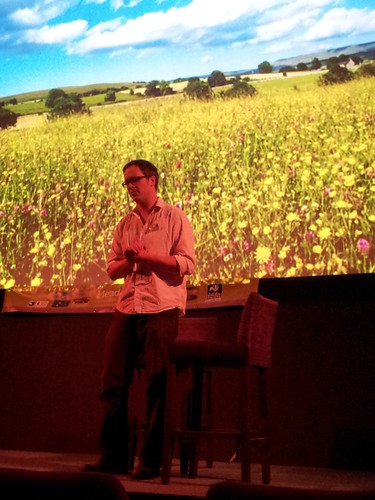 I hadn’t been to the cinema for over 10 years but I couldn’t miss the premiere of ‘To the end we will go’, Cumbria Wildlife Trust’s new film which was made by local film-maker Simon Sylvester as part of their Meadow Life project.
I’d been involved last year when Simon came out to film some of the Learn to Scythe courses I taught as part of the project and also when he took the super-slow motion footage of my blade mowing.
As Simon explained in his introduction, the aim was to produce a democratic piece that would present both sides of the conservation/farming debate and prompt questions to start discussion rather than attempting to answer them.
It’s all beautifully shot, very thought-provoking and reminds us what an important asset meadows are. What do hay meadows mean for you?